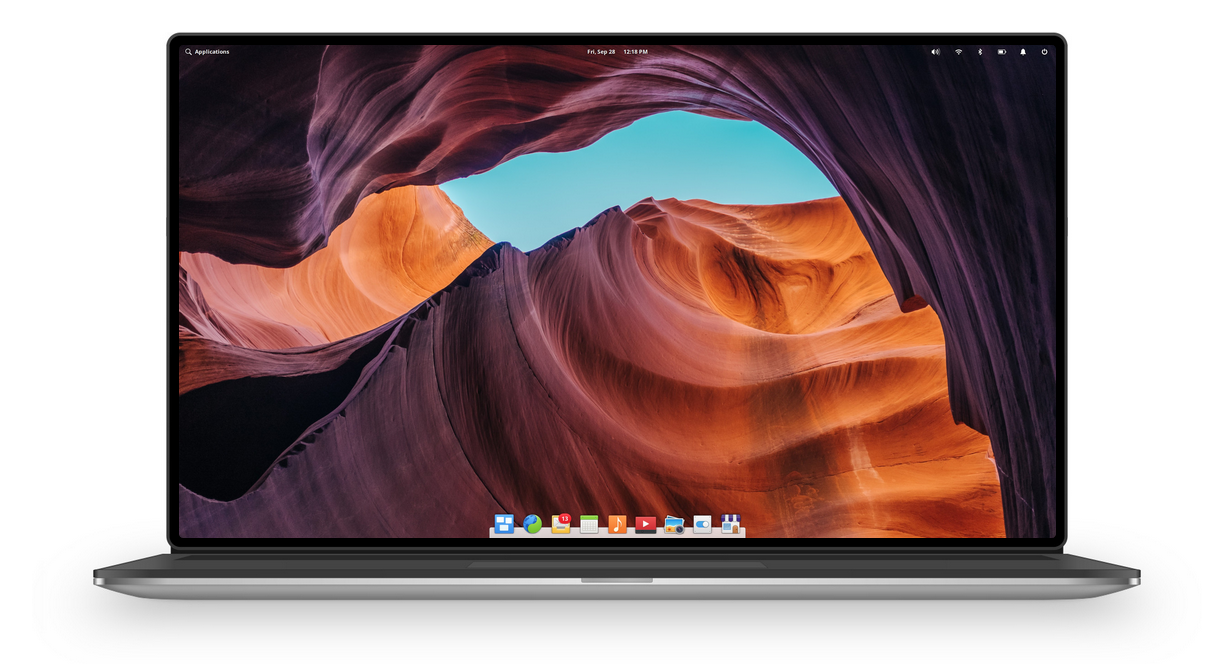 It’s no secret I’m partial to elementary OS. It’s the distribution that reconciled me with Linux after a hiatus of a few years, after all. When I moved back here in Brest, I bought a new computer, onto which elementary OS found its way, and I kept using it until I bought a much more powerful and recent desktop, which the older base that elementary OS ships with wasn’t really made for.

Even though I’m not using it daily at the moment (although I’ll definitely install it again pretty soon), I still think it’s a very important distro in the whole Linux Desktop world (as small as that world may be). Let’s see why.

elementary OS ships with Pantheon, its own desktop environment. It’s based on wingpanel and plank, and embarks its own custom applications, apart from Epiphany (also called GNOME Web).

Pantheon is my favorite desktop environment, and while not everyone agrees with me (that’s fine), it still does something different.

Generally, people say it looks like Mac OS X, and you could be forgiven for thinking that, since it does borrow the same base layout with a top bar and a dock, and clearly takes some inspiration from the Apple-designed OS. It also brings its own stuff: a real application menu, or a virtual desktop and window overview (the best out there, in my opinion).

Pantheon ships with its own default applications. A file manager with a bit more features than GNOME’s (why are the column view and color tags not standard on every file manager yet?), a simple but fine photo manager, a music player, a great code / text editor, and some simpler ones, like the video player or the calendar. It also has its own email client (pretty rare these days), based on Geary, and a beautiful, simple terminal.

That’s nothing special in and of itself. What is special, though, is that these apps and this desktop environment have a level of polish and attention to detail that dwarfs most other options out there. Everything is pixel perfect, well thought out, and you can feel the designers and developers have reflected on each part of the desktop to make sure it’s accessible, positioned where it’s supposed to be, and designed in a way that is understandable.

Some of you might have tried elementary, and thought it was too simple, or not customizable enough. And that’s true, the vision the elementary team brings is a simple one, one that is easily understood, and easily used. It might not be what you want from a desktop environment, but for a new user, it’s arguably the easiest experience there is on Linux.

The AppCenter: trying to get people to pay for free software

elementary OS ships with its own application store, called the AppCenter. It serves as the portal for accessing the thousands of applications available in elementary’s repositories (namely, Ubuntu 18.04’s repos), but also as the access point for the elementary applications.

These are often simple, but adhere to the elementary OS guidelines, and are vetted before admission, which often means they work well and are very coherent with the rest of the system. This small “ecosystem” is one of a kind on Linux.

First, because the attention to detail is very prominent here as well, with applications using legible layouts, sensible defaults, and using most of elementary specific features and development libraries.

Second, because elementary OS allows developers to use a “pay what you want” system, where they can set a specific price for their applications, and users are free to pay that amount, or any other they’d like, including 0. This system is unique in a Linux “app store” and is, in my opinion, the very way to make people understand that open source doesn’t mean gratis.

This model is also applied to the distro itself, with the website allowing you to pay a specific amount, or enter a custom one (0 being an option here as well). The elementary team says that this model have made them a lot more revenue than just asking for donations, and that’s probably because it’s not perceived in the same way. With elementary’s model, users are reminded that the specific piece of software they use has a cost for the developer. They invested work, time, and had the courage to put it online for it to be used, judged, bug-reported, and that deserves to be rewarded. A donation tends to convey a more “help if you can” message that simply doesn’t have the same impact.

And that’s what elementary brings, in the end: a vision of what a desktop environment can do on Linux. They don’t state it explicitly, but by using elementary OS, I tried to deduce a few things:

The second and last points are what stops some people using elementary, namely the lack of options, and the removal of features deemed necessary, especially the minimize button. I got some flak on Twitter recently for expressing my opinion that on elementary OS, a minimize button is useless, and I’d like to insist here as well.

Minimizing serves the single purpose of cleaning up your workspace to concentrate on a task. elementary OS has a fantastic workspace switcher and exposé view, and its guidelines state that an app should remember its previous state and open fast, so that closing it serves the same purpose as minimizing it.

I like the fact that the elementary team does not compromise their vision for the sake of keeping features users are used to, but don’t make sense for the workflow they propose. And I’ll go as far as saying that elementary is a distro that demands you learn its workflow, and not bring your own.

These days, not many desktop environments bring a vision. Cinnamon has been created to bring back the good old days of GNOME 2, and improve on it, as did MATE, in a different way. KDE is a place where you can tweak everything. GNOME want to be as simple as possible. But these are design choices, not visions.

To me, elementary OS brings a way to use a computer that is both familiar and different, and it gives itself, developers, and users the means to make that vision happen, a place where anyone can pick up a Linux desktop, understand how it works and get used to it in a very small amount of time, as well as allowing developers to try and make a living out of that same Linux desktop. That vision is not fully realized yet, obviously.

The attention to detail, the keyboard shortcut cheat sheet, the onboarding experience, the absence of convoluted menus and of buttons on the window borders, and the help the AppCenter brings to make users better realize that free software demands as much work, if not more, as proprietary software, all this combined makes for a unique platform in the Linux Desktop world.

Try it, try to live within its constraints, and learn its workflow. If you don’t like it for what it is, that’s fine, not everyone needs to work the same way, but don’t quit just because it’s not what you’re used to, because that’s exactly why elementary OS is important. It rethinks things.