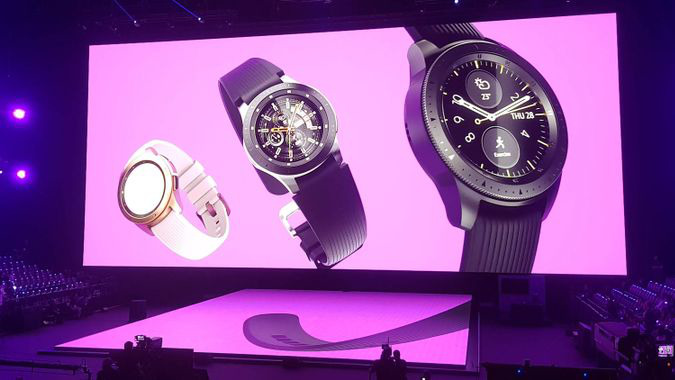 I’ve been criticizing smartwatches for a long time. I pretty much ignored the Pebble when it launched, dismissing it as a gadget, and the Apple Watch came with such a hefty price tag that I couldn’t even fathom who would buy it. I used to snigger when I saw someone touch their wrist, seemingly absorbed in a small screen that displayed the same stuff that was on their more comfortably sized phone, probably within reach as well. I also thought these people were quite rude, looking at their wrist in the middle of meetings, or at a bar.

The first Android Wear smartwaches got mixed review, and while Apple improved on the watch, I still felt the price tag for this kind of equipment was unjustified. I dabbled with a few sports band, a Jawbone Up at first, and then Fitbit Alta, and I admit I enjoyed the fitness tracking features, but they didn’t stick. I forgot to wear them, to charge them, or stopped exercizing for some period of time, which meant they became irrelevant to my life.

Why buy a smartwatch, then ?

What finally made me take the plunge for a full featured smartwatch, I couldn’t say. Tech lust, certainly, plus a short discussion on Twitter with Cassidy James from the elementary OS team, and probably some other factors I can’t quite consciously place. But I did end up buying a Galaxy Watch Active last month (no, this post is not sponsored by Samsung). The exact model doesn’t really matter to this article, though, what’s important is that owning a smartwatch completely changed my perspective on what I thought of as a useless gadget.

I came to realize that a smartwatch can be a useful addition to the way I manage my “tech life”. I’m a pretty minimalist guy, and I don’t like using multiple devices that can accomplish the same purpose. I also quite like wearing a traditional watch, which is the only piece of jewelry I feel a man can wear (fight me, earring-wearing dudes :D ). Wearing a fitness tracker and a watch made me feel weird, with two devices on my wrists, both telling me the time.

So a smartwatch did make more sense, and while I don’t feel the Galaxy Watch Active is as nice a some watches I used to own, it still looks pretty good. The second factor is smartphone screen size. Smartphones are huge now, and huge by default. My favorite screen size is the one from the iPhone 5. I don’t like massive phones, and while I use a Galaxy S10e these days, I still think it’s way too big for my needs.

What purpose does it serve ?

Enter the smartwatch. With that thing, I’m able to quickly look at a notification without pulling my phone from my pocket or off my desk, and decide if that’s something I need to act on now, or not. It’s actually quite liberating: instead of picking up your phone, or extracting its huge frame from your pocket, unlocking it, and feeling that you have to at least read or act on what you just received to justify the action of pulling out that massive device, you can just decide to ignore stuff that’s not important.

And not using your phone has a few nice advantages as well. My phone has more battery life now, since I don’t wake the screen half as much as I used to. I also waste a lot less time browsing stuff mindlessly. Once you unlock your phone, there’s a world of apps looking at you, you see that little Twitter icon, and without thinking about it, you start browsing your feed. You open Facebook (I don’t use it, but I’m the minority here), or Instagram (something else I don’t use), or Tinder (ok, I’ll admit I use that from time to time), and before you realized you were doing it, you wasted 15 minutes. Time sinks are real, and the smartwatch makes it much easier to avoid falling in that bottomless pit.

My watch does a few nice things for me, too. Helps me stay hydrated during the day, and marginally more active. I work at a desk from 8:30 to 6:30PM, and if I’m not reminded to go for a little walk from time to time, or just stretch, I tend to slouch on my chair and stay sitted for most of that time. I also get reminders for meetings, it’s a silent but efficient alarm clock (and trust me, waking up to a small vibration on your wrist is a lot less brutal than to a blaring noise, especially when someone else is sleeping besides you), and it can control my music and my phone’s camera as well.

It’s not all roses and rainbows

Now, not everything is positive about this little device. It’s something else I have to think about charging every two days. Sure, I can charge it from the back of my phone through wireless charging, but it’s still a chore, and since I wear it when I sleep (sleep tracking is fun if you actually act on the data it provides you), there are not many opportunities to take it off and top it up.