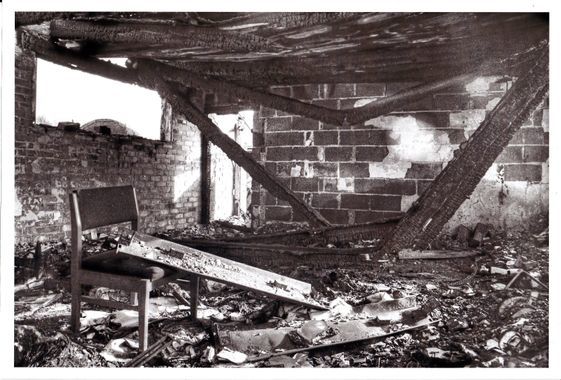 Don’t worry, this isn’t a “Creator Burn Out” post. I’m not feeling depressed, or leaving YouTube, or shutting down this website (which I’m certain you’ve grown so attached to, by now, with its plethora of articles)! Instead, I want to talk about the temptation to start too many projects at the same time, and how to avoid overreaching.

What am I working on ?

Let’s start with a recap of the projects I’m currently tackling. There is my day job. An 8:30AM to 6:30 PM affair, providing the largest part of my income, and which is a project in and of itself, since it’s a startup and we don’t have that many people on hand at the moment, so there is a lot to do.

Then, there is the YouTube channel, which I started in Feb. 2018, and consumes most of my afternoons and weekends (although I might not publish as many videos as I once did, I tend to think they are better prepared, and thus take more time, but maybe I’m just lazy).

There is also this website, which I started last week. To be honest, it’s more of a side activity to help me cope with the fact that I can’t publish a video each day. It provides me a way to still write and share some stuff.

And finally, there is the writing. I’m writing a sci-fi novel, although I didn’t try to get it published anywhere yet, since there is some stuff I need to polish first. This activity has taken a back seat recently while a few friends and family are helping me with corrections, typos, and the like, and the second book of what is likely turning into a series is sitting halfway unfinished on my hard drive for now. It’s ok, it’s a passion project, that I don’t plan to make a living of, so I can take all the time I need.

And then, the more personal stuff, like looking for a loan for the apartment I’m buying, trying to find someone who can repaint said flat and turn the kitchen into something usable. There also is my personal life, with friends, family, and the occasional love interest / partner.

Dude, you could do a lot more !

That’s what I’m involved in right now. But if you’ve ever put your work out there, then you know it’s intoxicating. There are tons of stuff that you want to do, things that people suggest you could, or should do. And it’s great, and those are such good ideas, and they could really make you grow, and evolve, and also you don’t have time for them.

Well, you might (you lucky bastards), but I don’t. Recently, I asked if some of you would be interested in a secondary Linux Gaming Channel. It’s something I tried to do when I started the channel, and seeing that these videos only gathered about 100 views compared to the rest, I put them aside. I really want to make a different kind of Linux video, like where to find the game, my impressions running it on Linux, a summary of user reviews on protonDB, and some gameplay. I really, really do want to do these, and it seems like most of you would be interested, at least on paper.

I also would love to start a “Linux News” podcast, bringing this video series to an audio format, maybe once a week instead of once a month. But then again, I don’t have time to do that for now.

I’d love to be able to juggle all these, and watch my sleep disappear like a puff of mist in the wind, burning the midnight oil to get you this stuff, and grinding away all weekend to hit deadlines. It’s hard to admit that I don’t have the time to do all that, and it’s even harder to admit that it’s a lie.

It’s not a question of time. If I worked one hour more each night, and, instead of going out on Fridays with my friends, if I stopped watching some Netflix series on the weekends, or going to the beach, I probably could do all that. But I’m not ready to pay that price, not yet. I’d love the end result, which is having more stuff to offer you guys, and feeling like I can accomplish anything. But I am also not ready to put in that much more work.

Having a limit is normal

That’s my own personal limit, one I feel I can meet without putting too much pressure on myself. I know it’s not the most efficient way to grow my channel, or my online presence, but it certainly is the most durable for me.

We all have our own threshold, and it’s oh so easy to let it slide, to start a bunch of projects, rush into it. Some people can handle all of it, and I’m really jealous of them, but some others can’t, and end up depressed, over stressed, or quitting all projects altogether. In the end, it’s all about knowing yourself, carefully evaluating and picking each project, trying to judge the personal cost to start it. How long will it take, how often will you have to work on it, what would you have to sacrifice ?

These are questions that must be asked and answered before tackling more stuff, especially if your plate already seems full. Sometimes, a bit or reorganization is enough, sometimes it just can’t be done without letting go of something else.